Caricature Of The Day!

Hi. I'll be sharing some of my caricature portrait works regularly in this blog. Today's portrait is in the honour of Lata didi.

Lata Mangeshkar is a legendary playback singer of India who has been honoured with the highest civil award, Bharat Rata. She has recorded songs in over a thousand Hindi films and has sung songs in over thirty-six regional Indian languages and foreign languages, though primarily in Marathi, Hindi, and Bengali. Know more about Lata Mangeshkar

I feel God has sent me to Earth to sing. I started singing when I was five, but I don't think I've worked as hard as many other people. - Lata Mangeshkar

Lata Mangeshkar was born in Indore on September 28, 1929, and became, quite simply, the most popular playback singer in Bollywood's history. She has sung for over 50 years for actresses from Nargis to Preity Zinta, as well as having recorded albums of all kinds (ghazals, pop, etc). Until the 1991 edition, when her entry disappeared, the Guinness Book of World Records listed her as the most-recorded artist in the world with not less than 30,000 solo, duet,and chorus-backed songs recorded in 20 Indian languages between 1948 and 1987. Today that number might have reached 40,000!

I’m Rajeev from Pune. I’d been doodling cartoons since I was a kid, and so wanting to be a an artist was a natural choice. But I love sketching the most which is one way to create caricature. A specialized sort of thing... the art of exaggeration, ridicule, condemnation, criticism, irony or simply comedy; caricature is a way to simultaneously poke fun and make people laugh. Over the last 40 years I have practiced caricature as means to develop my skills. And I feel great to share some of my caricature portrait works in this blog.

If you like my work, please give it some response! I usually charge Rs.500 ($8) for one caricature portrait. To get a caricature portrait for yourself or someone you love, all you have to do is share at least 3-4 clear photographs of the subject and i'll send you caricature in a week's time. You can either call me or whatsapp me on +9860791228. 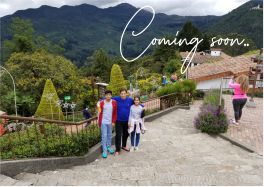 A Beautiful Landscape From My Last Trip. 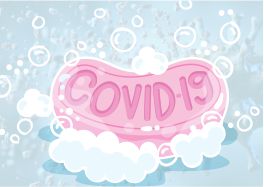 What’s Going To Be Your “New Normal” Post-Covid-19? 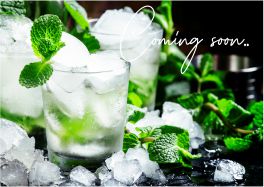 Cocktail Of The Week Perfect For Sipping On A Warm Summer Evening.

Hi Guys! Let me be-GIN. I was born in the city of dreams - Mumbai and grew up in Pune - where you are often told to leave your attitude behind, as we have our own. Is here that I first shook hands with SARDONIC-ism.